This was our final project at SAE Institute – Vienna.

It is a 3rd person puzzle platformer with handpainted textures and a custom toon shader. With 6 people actively working on the game plus an external person for music and sound effects and another person for voiceacting the narrator this was by far the biggest team. With the size also came a bit of ambition that was working out fairly well for us.

Of course there were some issues that came with the teamsize and time constraints but all in all the end result is still something we’re quite proud of. It held it’s challenges for each of us and at least I personally think of this as the first project that had the beginning of a professional flair around it. There is some garbage collection issue that I knew nothing about back then so it’s a bit laggy at times.

Through our very ambitious plans there is quite a lot of things out of the box ready to show off as you can see below.

The people on the team were: Nadine Bauer, Sandi Dolic, Christoph Frank, Alina Fuhrmann, Anna Singer, Pia Wiesböck and me.

The extern people were : Salomon Haunold and Katharina Hudson.

A trailer of the game.

When collecting drops a video is played explaining the story of the game.

Beginning of an era.

Fall of the moon twin. 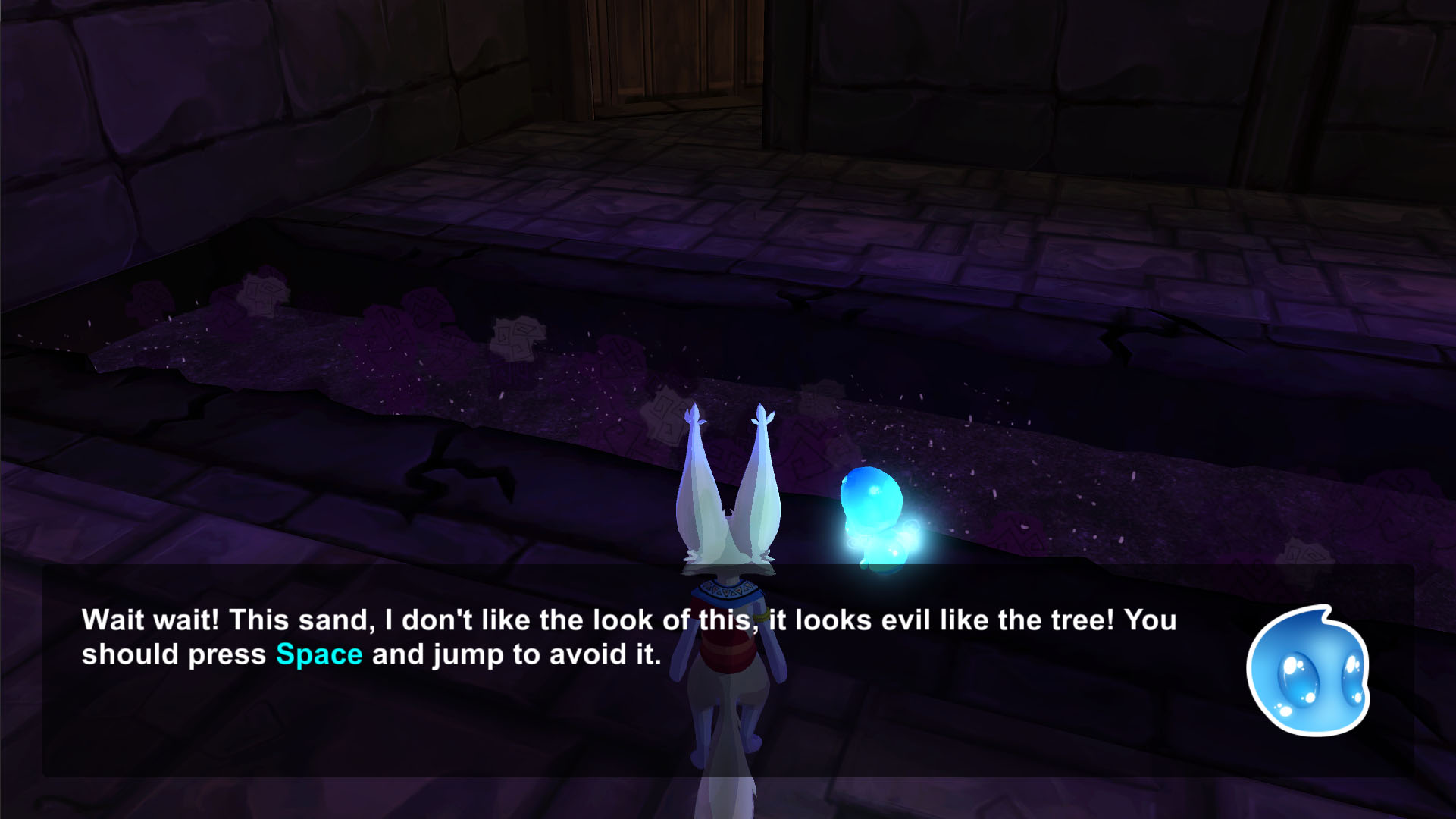 Shove and pull cubes onto their respective switches in the earth level.

Reroute water in ravines by hopping on switches in the water level. 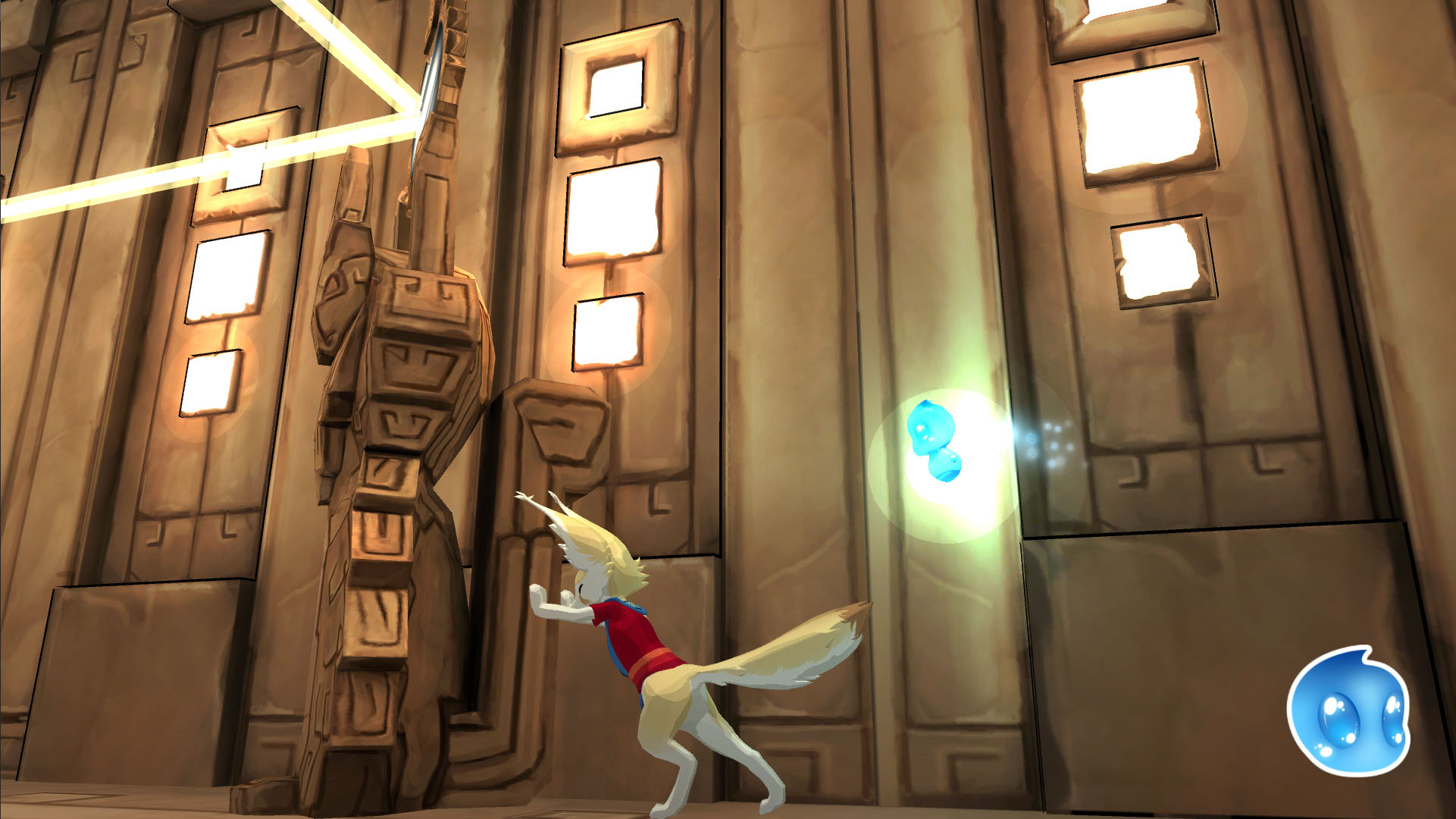 Reroute beams by shoving and pulling statues that hold mirrors in the light level.

The dark and gloomy earth. 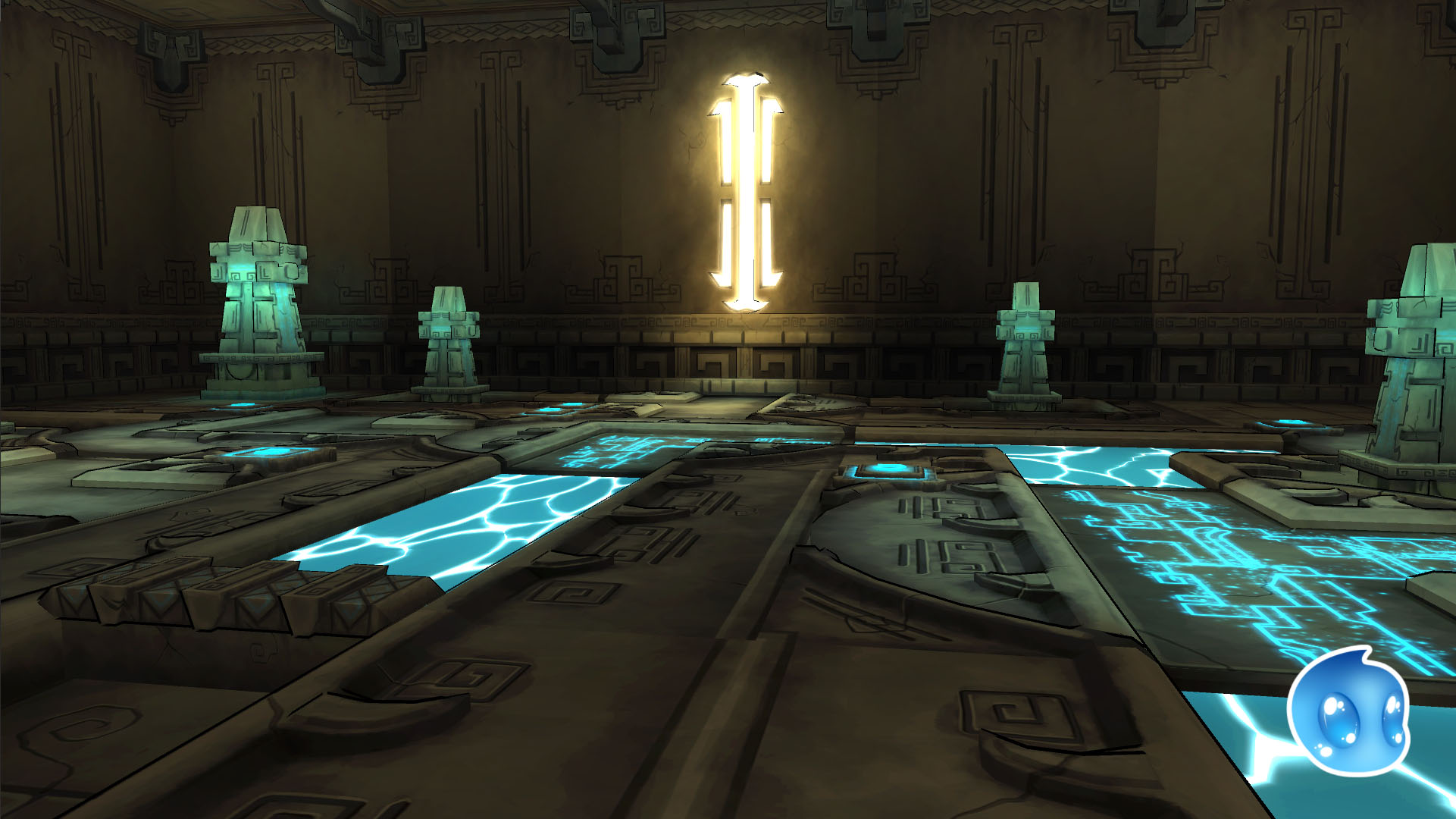 The flowing and confusing dephts of water.

The bright and multicolored light. 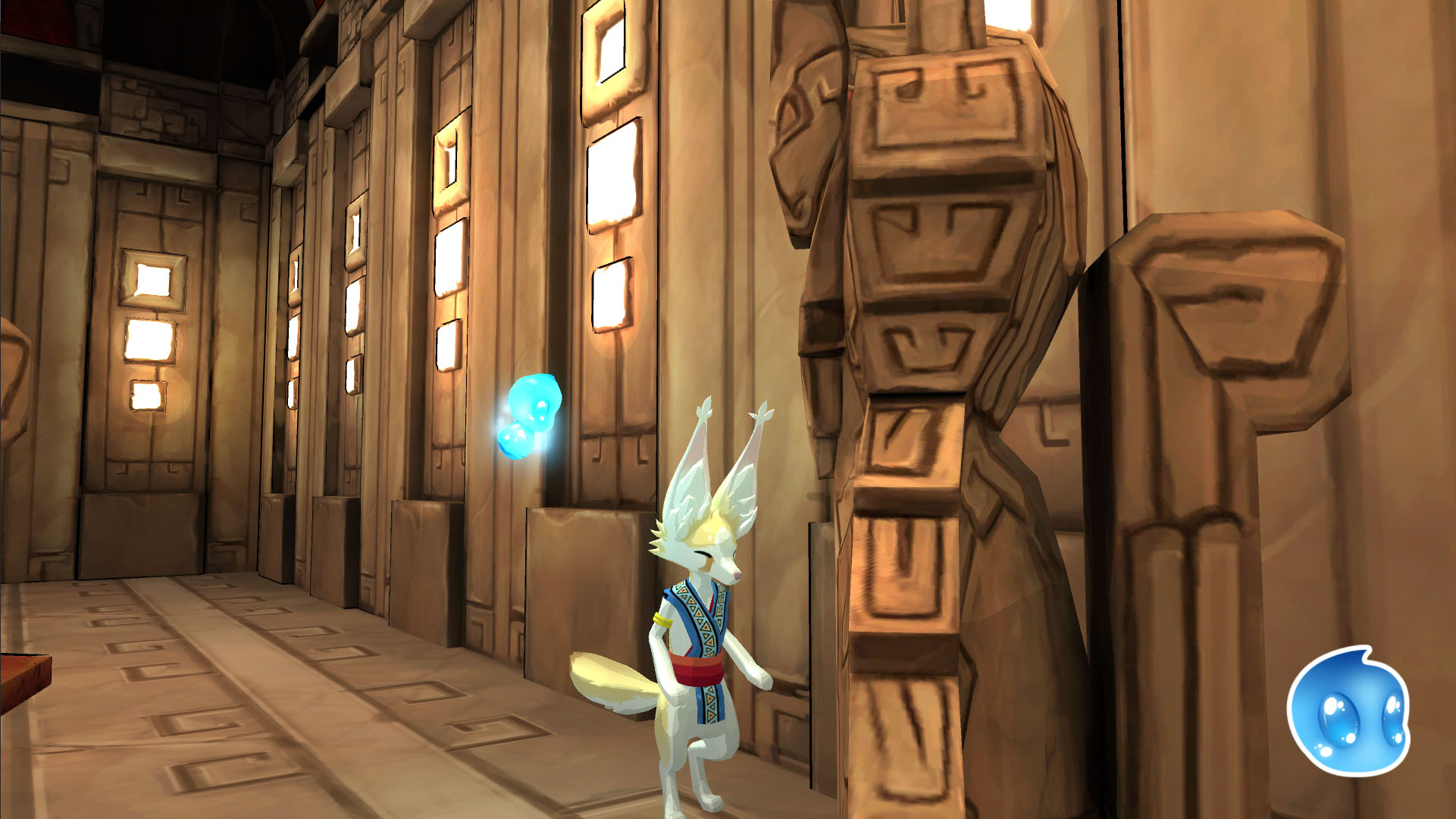 The suntwin, our player avatar and the helper.

The petrified elders of ages.

The trees and vines of doom.

The magical cubes of knowledge.

The statues of water purification. Not activated and activated. 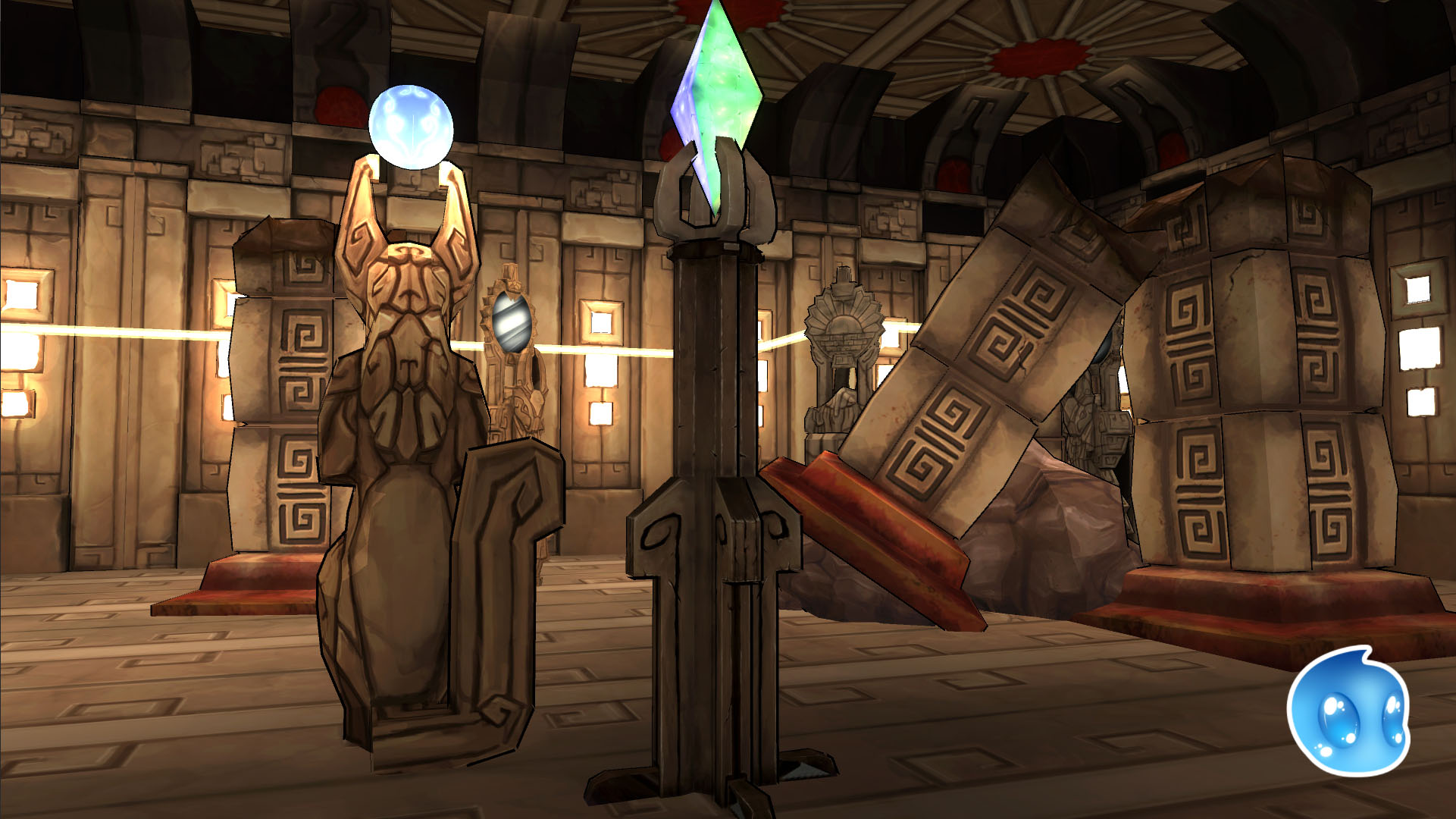